Pro-Trump Media's Latest Smear Campaign Is Simply Beyond the Pale

After any mass shooting, disinformation spreads online like wildfire. It happens immediately, created and disseminated on purpose, often in real time as the event is unfolding. This week, even as the Parkland high school shooter was still at large, posters on 4chan and 8chan immediately went to work spreading false information about the shooter being a linked to a white supremacist militia, the most widely reported of the multiple hoaxes about the massacre found online. And in the aftermath of the tragedy, lies and hoaxes about the survivors who have been speaking out against school massacres have gained traction in certain corners.

Dr. Kate Starbird, a professor at University of Washington, has done a lot of research on what she refers to as alternative narratives. She writes: “Over time, we noted that a similar kind of rumor kept showing up, over and over again, after each of the man-made crisis events — a conspiracy theory or ‘alternative narrative’ of the event that claimed it either didn’t happen or that it was perpetrated by someone other than the current suspects.” Starbird also highlights the role that botnets play in disseminating alternative narratives.

What Starbird describes has played out time and again. What’s different about the Parkland shooting is how quickly and powerfully survivors began speaking out. Some students at Marjory Stoneman Douglas High School immediately took to social media calling on President Donald Trump and Congress to do something about guns and calling out commentators like Fox’s Tomi Lahren for saying now wasn’t the time to talk about guns. David Hogg, a student journalist who interviewed students on lockdown during the shooting, made several TV appearances demanding leaders take action. Another student, Emma Gonzalez, called out the National Rifle Association (NRA) and the legislators who do its bidding. Melissa Falkowski, a teacher at Marjory Stoneman Douglas High School, went on CNN calling on Congress to do more to “to end gun violence, to keep our kids safe." Lori Alhadeff, whose 14-year-old daughter was killed, screamed at President Trump on CNN to “do something.” Student survivors are organizing a march on Washington D.C..

And now, Parkland survivors are targets for fake news campaigns, conspiracy theories, harassment and doxxing. Conspiracy theorist Alex Jones has already suggested that the entire shooting is a false flag, which implies that all of the survivors are actors in an elaborate hoax. As survivors speak up, there are already attempts to attack and discredit them individually.

Survivor David Hogg has been the target of conspiracy theories since he began speaking out. The day after the shooting, one far-right account noted in a since-deleted tweet that Hogg was suspicious for speaking so eloquently.

Both the #Qanon conspiracy theory crowd and Gateway Pundit’s Lucian Wintrich are claiming that Hogg is a plant because he is the child of an FBI agent. 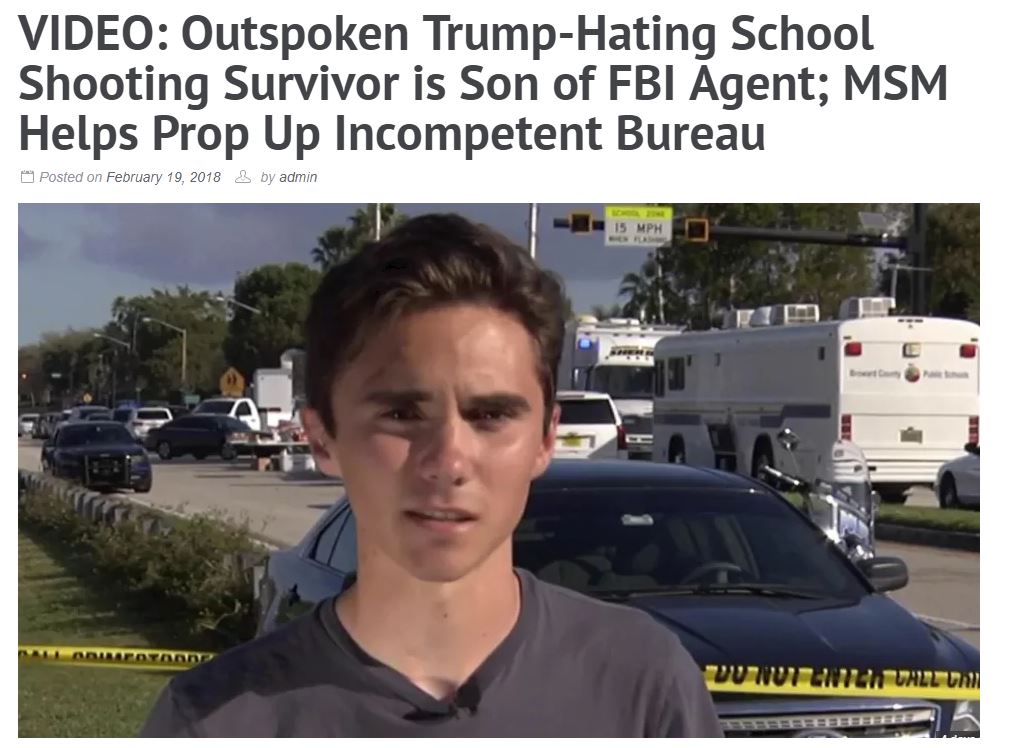 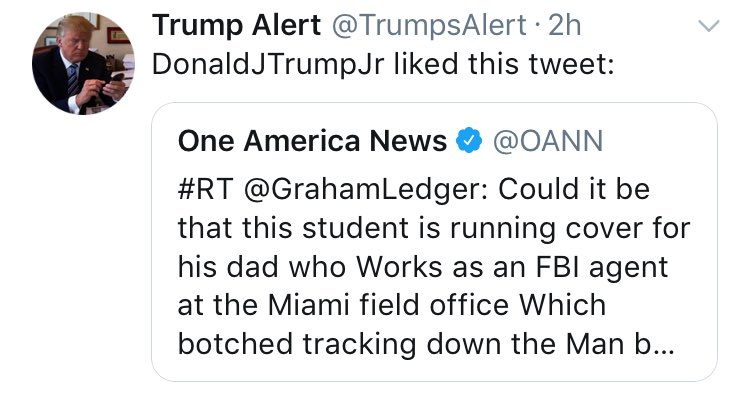 One conspiracy theory site alleged that Hogg was a plant with a “radical agenda” because he used an earpiece from a remote location while talking with an anchor in a studio. It’s unclear how else he was supposed to hear what was being asked.

One popular theme that is making rounds online is that the survivors are “crisis actors.” Conspiracy theorist Laura Loomer said as much on Twitter.

Gateway Pundit accused student survivors of “partying like rock stars” based solely on them smiling in pictures, saying, “The photos come off as if they were promo stills for Glee: The High School Massacre.”

A meme circling in The Storm conspiracy theory subreddit also attacked the students for posing for a picture.

Another circling in #Qanon alleged that the same woman was photographed following other mass shootings and terrorist attacks. 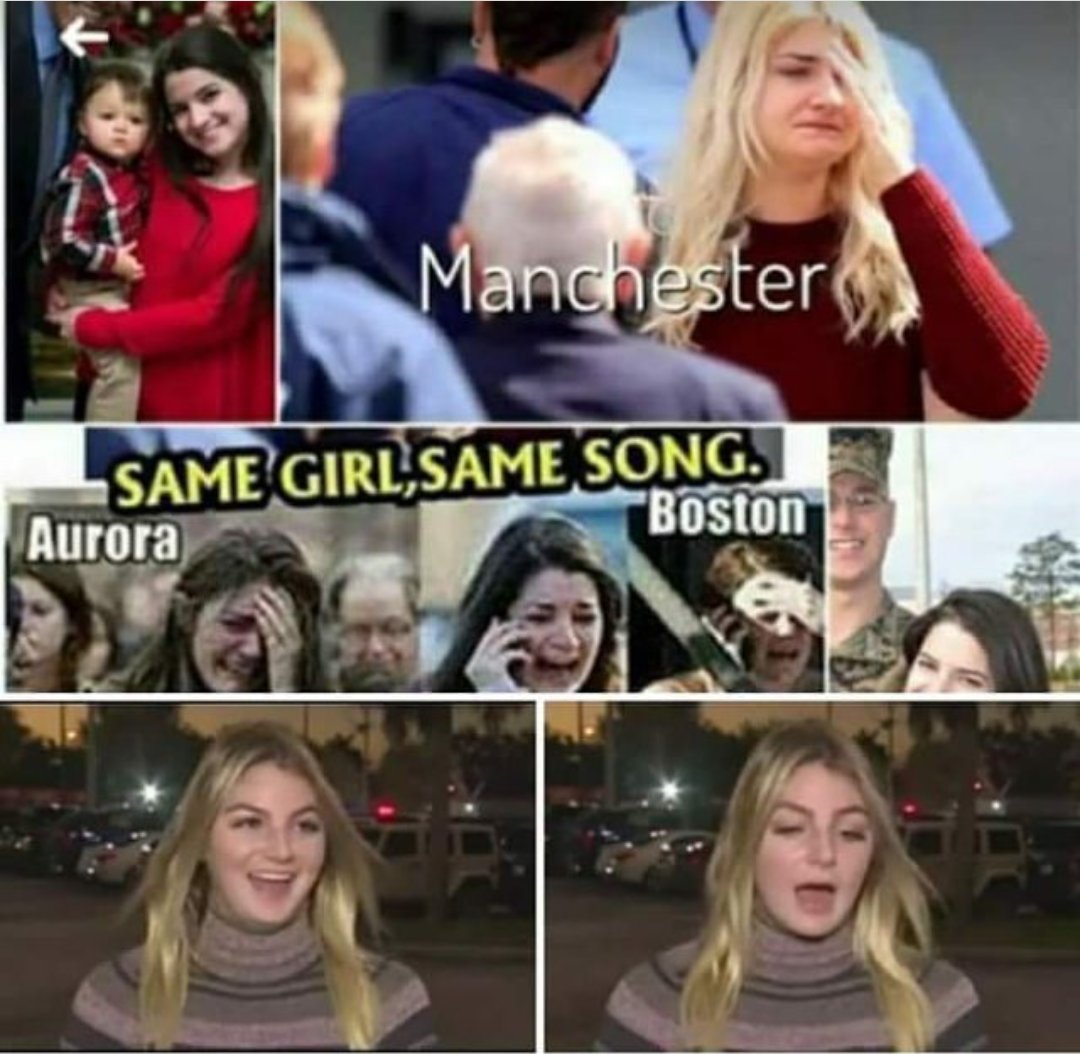 Numerous YouTube videos, some with hundreds of thousands of views, have been published about crisis actors in the few days since the shooting. A typical #Qanon user said that the imperative was to “expose” these students “and have them sent to jail.”

Users on 4chan accused Alhadeff of being a paid actor, not a grieving mother who had just lost her child. 4chan users also claimed that the students who countered Tomi Lahren on Twitter were plants. A student who appeared on Tucker Carlson Tonight, Emily Kolber, was also accused of being a paid actor.

Update (6:15 pm EST): Since this was posted, the Parkland students have been subjected to a full day of continued conspiracies and abuse from pro-Trump media. Gateway Pundit’s White House correspondent, Lucian Wintrich, accused the students of being "little pricks" who are “milking the deaths of their peers.” 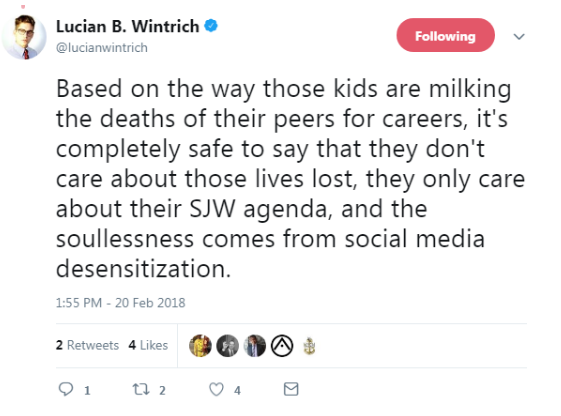 True Pundit claimed that an old photo of student David Hogg on a tour of CNN’s headquarters in Atlanta is proof that a conspiracy is afoot. 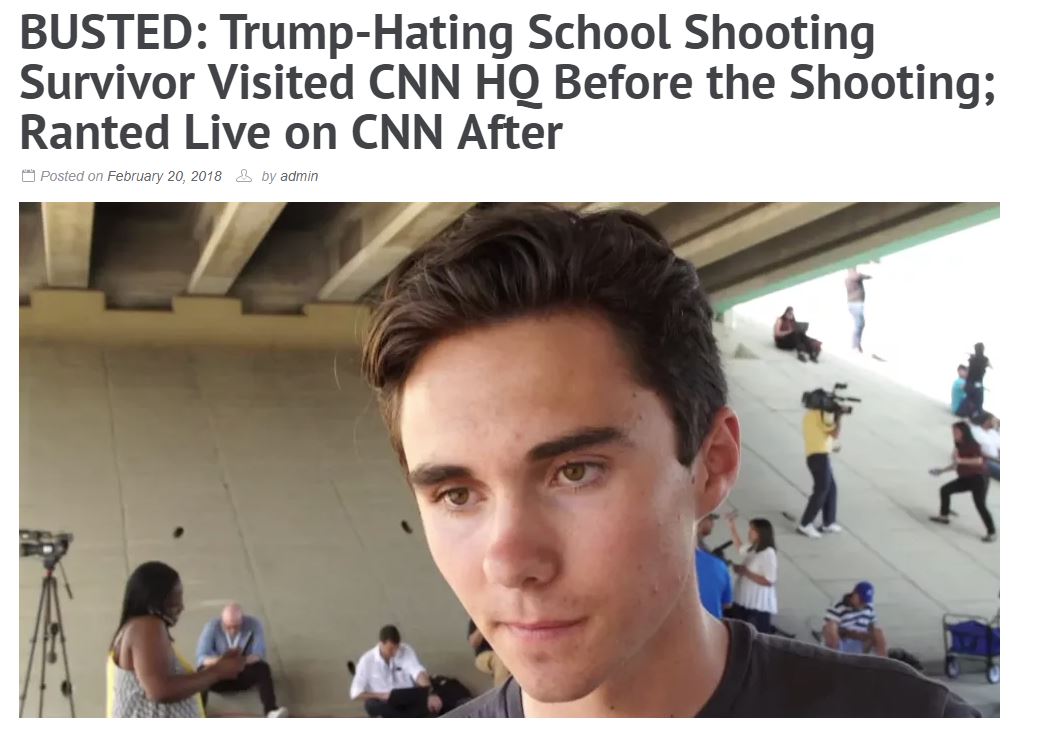 Reddit forum “r/The_Donald” has several threads devoted to attacking and attempting to delegitimize the students and Big League Politics is simultaneously smearing the students while also promoting the conspiracy of a second shooter.

Meanwhile, a staffer to Florida State Rep. Shawn Harrison used his government email address to email a reporter claiming that the students speaking out were “actors that travel to various crisis when they happen.”

And after Florida lawmakers voted to reject a bill that would ban assault rifles, Dinesh D’Souza tweeted Adults 1, kids 0.

It’s on all of us to have the survivors’ backs as they continue to speak out. The kind of abuse they’ll be subjected to is predictable. We can track where it originates and how it spreads. Media outlets covering the shooting need to be aware of these trolling operations and include them in their reporting. Tech companies must protect survivors from abuse and stop the spread of false information. We should all think carefully and confirm facts before we share any stories and information about survivors online.

Update (12:15 pm EST): David Hogg condemned the attacks in a statement to Buzzfeed:

"I just think it's a testament to the sick immaturity and broken state of our government when these people feel the need to pedal conspiracy theories about people that were in a school shooting where 17 people died and it just makes me sick … It's immature, rude, and inhuman for these people to destroy the people trying to prevent the death of the future of America because they won't."