President Donald Trump sat down for yet another softball interview with a conservative pro-administration host.

Trump has abandoned one-on-one TV interviews with legitimate reporters, choosing instead to largely rely on partisan and conservative media personalities. Since his inauguration, Trump has done 13 interviews with Fox News (and one with Fox Business), two with the Christian Broadcasting Network, and just one each with CBS, NBC, ABC, and MSNBC. Trump has not done an interview with CNN since he took office.

The president has not done a one-on-one national TV interview with a non-conservative host in nearly five months, since he sat down with NBC’s Lester Holt on May 11. (That interview went poorly for the president.)

Huckabee gave Trump a predictably friendly platform to talk about what a great job he is doing and complain about the “fake” media. Huckabee’s questions and remarks to Trump included such softballs as:

“You have a lot of things out there on the horizon, including North Korea and Kim Jong Un -- or as you like to call him, Rocket Man, which I thought was a great moniker.”

“But in tax reform, this would be a rocket fuel for the economy. And we’ve already seen almost a tripling of the GDP just since the beginning of the year. That’s huge. How does reducing taxes and reforming taxes transfer into an economic boom?”

Trump thanked Huckabee for the “support over the years” at the end of the interview and added that the Republican host has “been so fantastic.”

Media Matters has reported that prominent members of Trump’s administration, his personal lawyer, and his family members have also heavily favored conservative media. In a recent two-month period, those Trump officials (and other administration-linked figures) appeared on weekday Fox News shows 78 times, with the majority going on Trump propaganda shows Hannity and Fox & Friends. In comparison, that same group of Trump advocates appeared on similar programming on CNN and MSNBC only eight and six times, respectively. 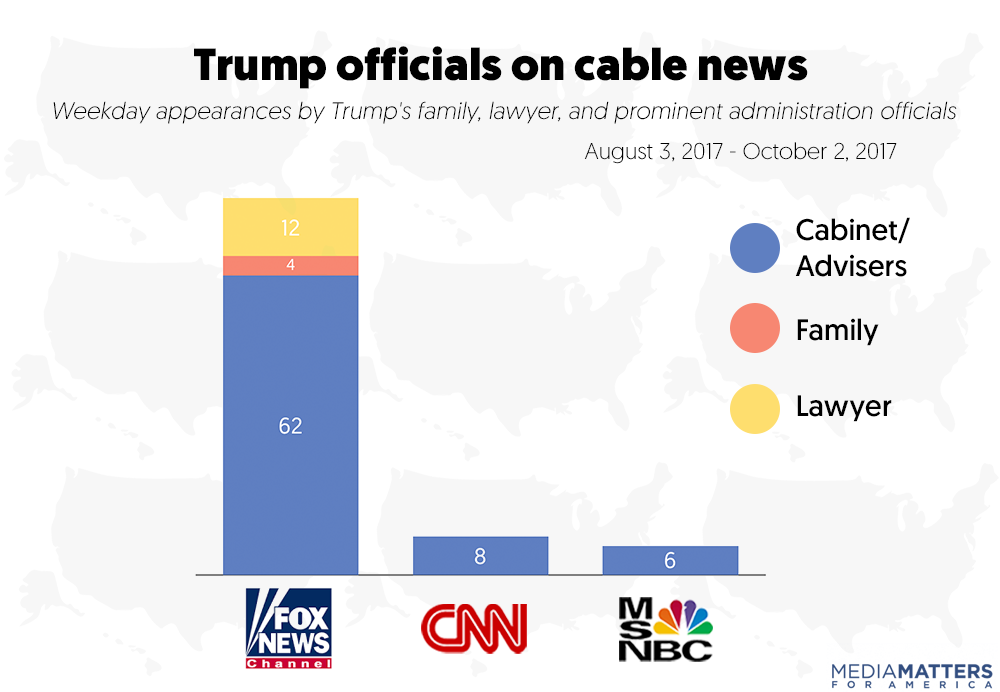