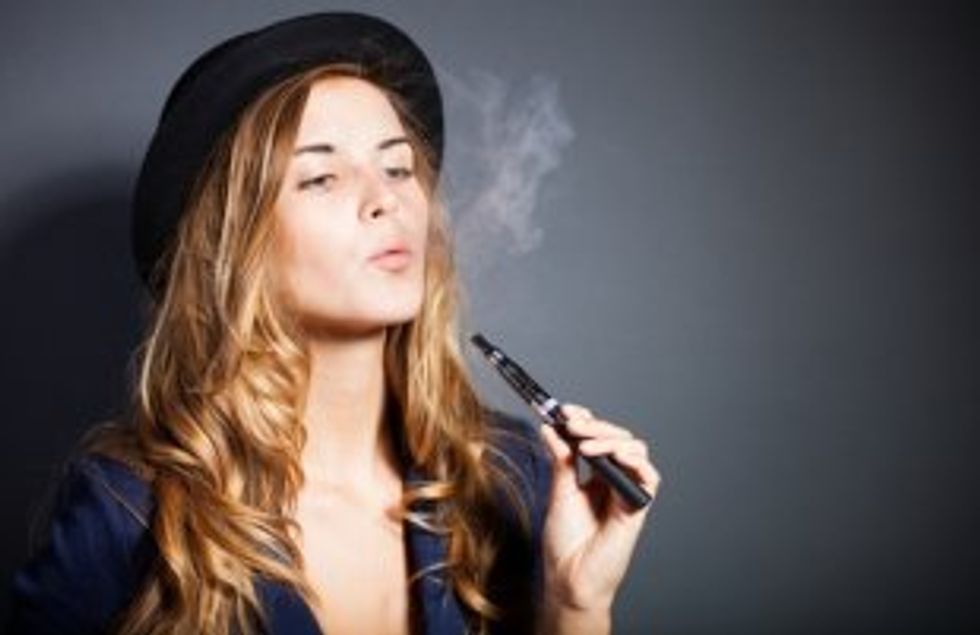 “The Centers for Disease Control and Prevention warns on its website that a fatal human dose [of nicotine] has been estimated to be about 50 to 60 mg. for a 150-pound adult,” Stanford’s Maya Ben-Efraim and Robert Jackler wrote in detailed comments to the Food and Drug Administration. “The lethal dose in a child is a small fraction of this.”

“Electronic cigarette liquid (ejuice) is available in a variety of nicotine strengths ranging as high as 36 mg/ml and even 54 mg/ml,” they wrote. “This volume of concentrated nicotine is sufficient to kill a sizeable number of kindergarteners.”

The FDA is now writing rules to regulate electronic cigarettes. This process has seen some of the most intense tobacco industry lobbying in years. On some issues, the White House has sided with the industry, such as approving online sale. On the other side are academics who have documented the industry’s long practice of gearing its addictive products toward youths and using advertising to hook new generations of users.

The sale of e-cigarettes is the biggest industry development in this regard in years. The tobacco industry has found ways to blend nicotine extracts with flavors—many of which resemble candy and ice cream—in combination with advertising efforts, the Stanford researchers said.

“Super high nicotine concentrations are available in youth appeals flavors such as Peppermint Party, Banana Split, Marshmellow, Tutti Fruti Gumballs, My Birthday Cake, Carnival Cotton Candy, Totally Toffee, Strawberrylicious, Chocolate and Energy Drink,” the Stanford researchers wrote in their comments to the FDA. “These e-liquids are marketed online with bright and colorful images and dispensed in similarly colorful bottles. It is quite evident that these are designed to appeal to teens. The numerous sweet flavored variety are also attractive to younger children.”

The reseachers noted that the nicotine concentrations sold are far stronger than cigarettes.

“Marlboro has 0.92 mg. nicotine per cigarette,” they said. “A 10 cc bottle of 36 mg/ml chocolate e-liquid has the nicotine equivalent of 391 cigarettes.”

Addtionally, using vaporizers to ingest the flavored tobacco “also dramatically [has] increased the volume of vapor inhaled per puff, which further increases potential nicotine absorption,” the wrote. “The large clouds of exhaled vapor raises the risk of secondhand nicotine exposure.”