Op-Ed: Our Profit-Centered Private Medical Industry Is Cutting Back on Hospital Care

With all the clamor over the website woes of the rollout of the Affordable Care Act finally ebbing, let's hope the media can begin to notice some changes in the delivery of health care that will have more far-reaching consequences for health care quality and access long after the sign-up problems are a distant memory.

Despite the hysteria on the right, some components of the ACA are clearly welcome, especially the Medicaid expansion in those states where the governors are not standing with pitchforks in the door to block health coverage for the working poor.

Yet there's plenty of trouble ahead, most evident with the cost shifting from insurers and providers to workers and families.

Many are now aware that the insurance plans offered through the exchanges are chock full of added out-of-pocket costs.

The cost problem extends well into the provider setting, as is now just being gleaned through some reporting on price gouging by many big hospitals which jack up costs to patients through steeper co-pays, requiring cash up front before administering care, Medical Credit Scoring to determine if patients are a payment risk, and hounding patients for payment afterwards.

Less reported are the escalating problems on the care delivery side.

Let's start with a new survey out from Citi Research, via Reuters, which reports that "hospital inpatient admissions in November fell to their weakest level in more than a decade."

Two big chains illustrate the trend. Henry Ford Health System in Detroit had a 6 percent drop the first seven months of this year, Modern Healthcare reported in August. California-based Kaiser Permanente has reduced its average daily census by 11 percent the past four years.

No one, of course, wants to be hospitalized. Sometimes you must be. A hospital is where you receive 24-hour nursing care, where they have the ability to quickly shift you to an operating room or intensive care floor if your condition suddenly deteriorates, and where they have the most specialized equipment.

But the hospital industry, increasingly dominated by giant corporations, either for-profit or acting like for-profits, are making higher profits elsewhere - in outpatient settings, especially surgery centers and boutique care centers, and investments, for example.

Hospitals overall, note NNU researchers at the Institute for Health and Socio-Economic Policy, have profit margins of 35 percent for elective outpatient services, compared to just 2 percent for inpatient care.

The bean counters and management consultants who, more than ever run the show, have far less financial interest in letting patients into the hospital or staying there.

Like those bad Halloween movies, the worst abuses long associated with managed care are back. Private health insurers, and hospital chains like Kaiser that are also insurers or hospitals that form their own integrated networks through the new Accountable Care Organizations (ACOs) have an economic incentive to restrict care.

For the past few months, registered nurses have been rallying and marching outside Kaiser Permanente facilities in Northern California protesting reductions in hospital services. These include broad cuts in hospital services that have sparked widespread opposition in Manteca, Ca., and theclosure of pediatric services in Hayward, Ca.

On a broader scale, Kaiser RNs are witnessing systemic practices aimed at setting up additional barriers to hospital care as fewer patients are admitted, held in "observation units" up to 24 hours and sent home, and pushed out the door prematurely to lesser-staffed, lesser-regulated sites or home.

In a 2012 Health Week presentation in Copenhagen, former Kaiser CEO George Halvorson said that in the near future "for most people the home will be the primary site of care. In-home monitoring, EKGs, ultrasounds, blood and fluid diagnostic and patient communication tools will be increasingly sophisticated, effective and cheap."

That will increase the burden on families, especially women.

As Patty Bellasalma, president of the California chapter of the National Association of Women (NOW) at a rally of nurses outside Kaiser's Oakland headquarters, said: "Forcing patients out of the hospital places a triple burden on women. We have to work, do most of the childcare and parent care and then when our family members are most ill and need hospitalization thaey will be sent home; leaving again us to manage it all."

It also undervalues the professional care provided by registered nurses in the hospital setting. RNs have professional expertise that untrained family members do not, especially when called on to operated the "sophisticated" technology Halvorson boasts. They do not, for example, have the diagnostic skills to recognize problems in tube feeding, oxygen flow, proper care of a urinary catheter or colostomy, or how to respond to equipment alarms or power failures.

A gerontologist study in 2012 predicted an up to 15 percent likelihood of adverse events for home care patients in drug side effects, falls, and equipment malfunctions, and a huge increase in levels of stress and strain for the new home caregivers.

For the very sick patients who are able to still get into the hospital, the care delivery changes have other implications. Technology, promoted as both a way to reduce medical errors and cut costs (even as hospitals spend literally trillions of dollars on high tech systems) are too often used to displace, not enhance professional skill and routinize care.

These include computerized delays in timely administration of medications, erroneous orders for drugs created by the software, hurdles in nurses' ability to contact physicians and properly monitor patients, and other treatment delays. Further, many nurses find they end up spending more time with the computers than with patients.

At one Chicago hospital, a baby died in 2011 after an automated machine prepared an intravenous solution containing a massive overdose of sodium chloride, more than 60 times the amount ordered by the physician.

In Northern California this summer and fall, several Sutter Health hospitals, where nurses have reported widespread breakdowns with their new Epic EHR system, has crashed for hours at a time, requiring RNs and doctors alike to effectively work blind without access to individual patient information, including patient histories and medication needs. 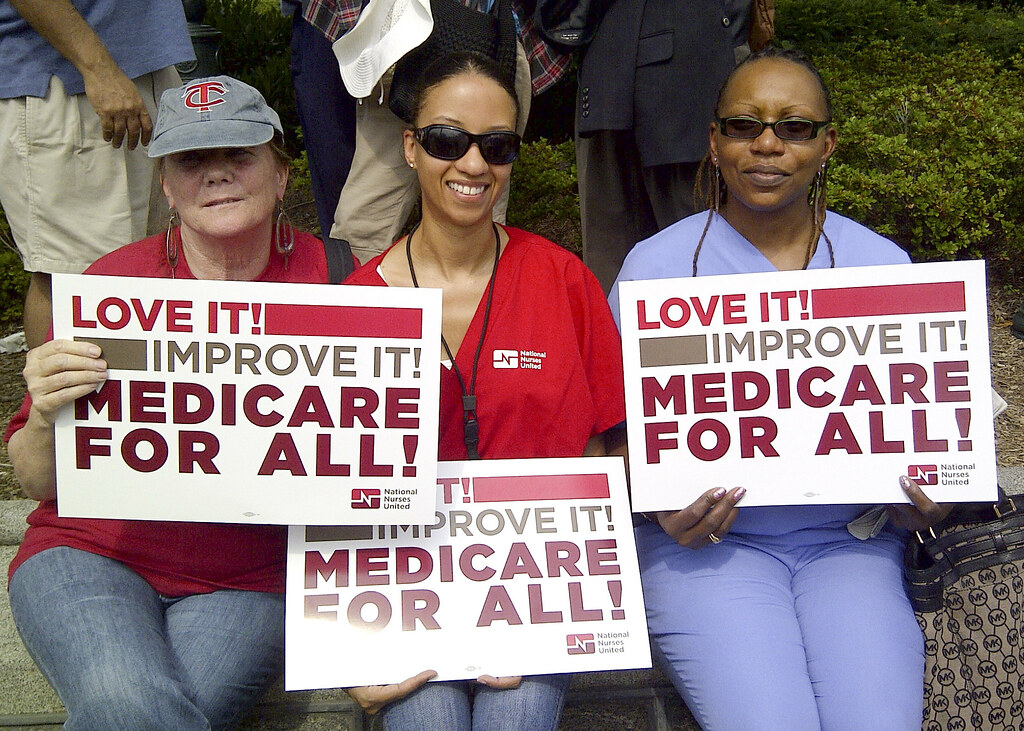 This latest wave of hospital and healthcare restructuring, of course, was wreaking havoc well before enactment of the ACA, but the ACA does provide a number of financial incentives encouraging the escalation of care delivery outside the hospital and the expanded use of EHRs inside.

Lives are in the balance. For RNs, the mandate to step up the role as patient advocates is clear. Our organization, National Nurses United, opposes the right-wing attack on the role of government or the calls to simply repeal or defund the ACA.

But we will never stop challenging a callous, profit-centered private health care industry and will continue to campaign for a more humane health care model as in an expanded, fully funded system of Medicare for all.